It is with a heavy heart that we have to report that Cathal Mawn was found dead unexpectedly on Sunday morning, April 26, 2015 at age 70.

Our sincere condolences go out to Cathal’s friends and family. 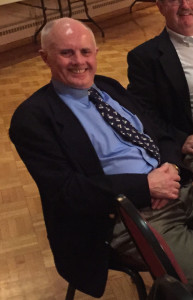 Born in Glenfarne, County Leitrim, Ireland, he was raised and educated there and emigrated to Boston in 1966, where he completed his education. A master plumber, he worked for Harvard University for many years until his retirement in 2008. Cathal was a long time board member of the County Leitrim Society of Boston and current trustee.

The son of the late Michael and Lucy (Clancy) Mawn, Cathal was the beloved husband of Annie (Devane) Mawn to whom he was married for 42 years; loving father of Erin M. Sarro and her husband Michael of Burlington, Charles M. Mawn and his wife Erika of Brewster and Eileen A. Falcone and her husband Mark of Holden; dear Grandpa of Kiley, Dylan, Lucy and Claire; beloved brother of Bridget Naughton of Worcester, Boyce Mawn of London, Michael Mawn of Norwood, Patrick Mawn and Rev. Sean Mawn, both of County Leitrim, and the late James Mawn of Milton. He is also survived by many nieces, nephews and cousins, here and in Ireland and England.

Funeral Details: Visiting hours will be held on Friday, May 1 from 2:00 to 4:00 and 7:00 to 9:00 PM at the Dennis Sweeney Funeral Home, 74 Elm St., Quincy Center. Family and friends are respectfully invited. On Saturday there will be a gathering at the funeral home at 9:30 AM followed by a Funeral Mass at 10:30 AM at St. Mary’s Church, 115 Crescent St., W. Quincy. Interment is at Cedar Grove Cemetery, Dorchester. 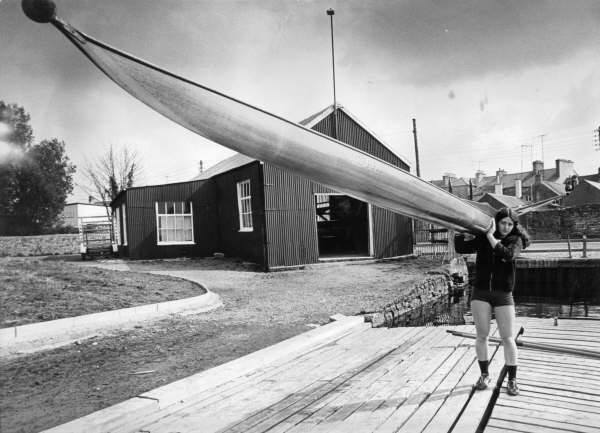 This attractive young woman with a head full of long brown wavy hair, a personality that everyone loved and the drive and determination for the sport of rowing, she put the small town of Carrick on Shannon on the map by becoming an eleven year champion for Ireland from 1976 to 1986! Frances Cryan sets the tone for striving to continue to do great things in Carrick on Shannon Rowing Club!

Just imagine IF it was no longer here, and the next great Frances Cryan was waiting in the wings, waiting for their chance to become an Olympian and the opportunity vanished because Carrick on Shannon Rowing Club was not able to fulfill its purpose in training young rowers. 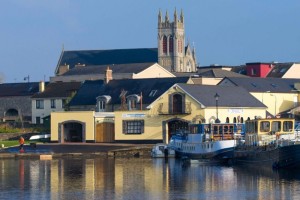 We already have the what IF the greatest blunder in Ireland’s sporting history never happened and Frances got to the 1984 Los Angeles Olympics. We can’t afford to have any more “what ifs”.

It took a lot of people to help get Frances to Moscow; help from her amazing coach, Aidan Nangle, to organisations like the local GAA and BLE personnel who organised church gate collections and other fundraising.

And now this historic club, who got Frances there, still needs your help and with the right combination could possibly produce the next Olympian from Carrick on Shannon! We need you to be a part of the magic; the magic to keep this fundraiser going until the goal of €15,000 is met.

We cannot reach our goal without you. Please continue to spread the word to donate and share with all your family and friends, both near and far, if they’re not on Facebook please send them a text or email. With your continued help, which is greatly appreciated, the Carrick on Shannon Rowing Club will succeed and there will be no need for anymore – What ifs…

The meeting was held on April 7th, 2015 at Gerard’s Restaurant in Adam’s Village, Dorchester, MA.

The Annual Spring Dance will be held on April 11th, 2015 from 7 to 11 PM. The dance is to be held at the Irish Cultural Center, 200 New Boston St., Canton.  If people need to be dropped off at the door, please use the access road located to the left before the cottage as you enter the main gates.  There will be sign indicating where to turn on the night of the dance.

LSB Trip to Foxwoods Resort Casino – there will be a signup sheet at the dance for anyone interested in a weekday (Wednesday) trip to Foxwoods, or you may submit your interest here.  The trip will be in late May.

2015 membership sign up will also be available at the dance for anyone who has not renewed. You can also fill out the form here and bring to the dance.

Our thoughts and prayers are with Roseleen Weir, who was in a serious car accident and is recuperating at Golden Living 188 Florence Street, Chestnut Hill MA 02467 if anyone would like to send along kind words of encouragement for a full and speedy recovery.

Elections were held at the meeting and the following people were elected for 4 year terms:

The swearing in ceremony will take place at the May meeting on May 5th, 2015 at Gerard’s in Dorchester.  Light appetizers will be provided for all in attendance. All are welcome!

As mentioned in our most recent meeting minutes, we are proposing to run an LSB day out for our members and friends to the Foxwoods Resort Casino, Mashantucket, CT. To make sure we have enough numbers we are asking that you register your interest.

We will be choosing a Wednesday over the next few months for the trip, that accommodates most interested parties. If we get enough interest, the bus will cost $25 per person which will also include $25 in vouchers  to be used at the casino ($10 food, $15 bonus slot play) and will depart from Randolph. More details to follow as we get them…

You can use the form below, leave a comment in the comments section or send an email with your contact info to: foxwoods@leitrimsocietyofboston.com.

We will acknowledge your submission as soon as we can but if we don’t get back to you in a couple of days, please double check with us!

Spring is here so come join us in Canton on Saturday evening for some craic agus ceoil!