The ICC are hosting a packed weekend of events commemorating the 1916 Easter Rising. 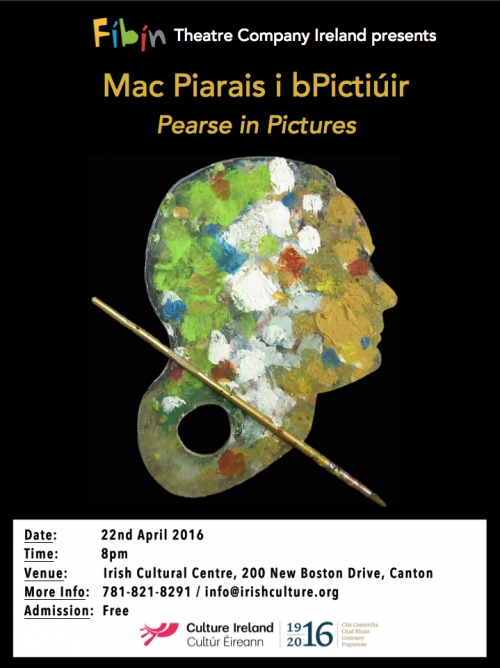 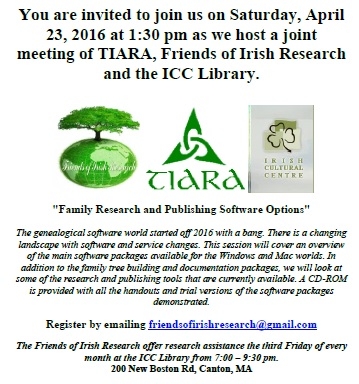 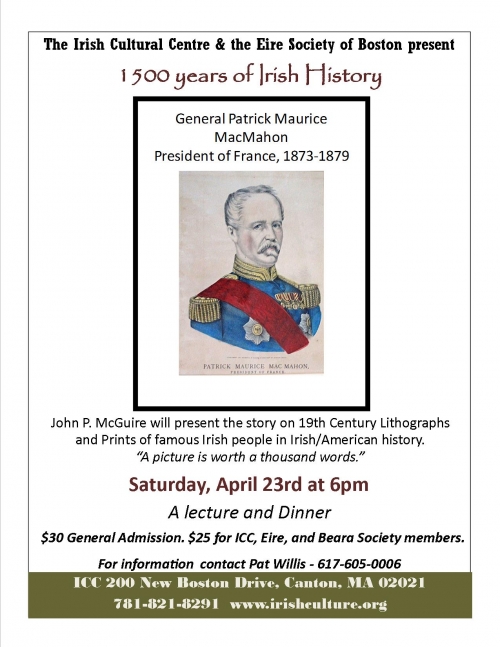 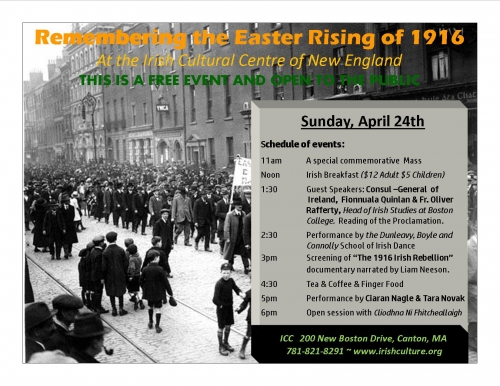 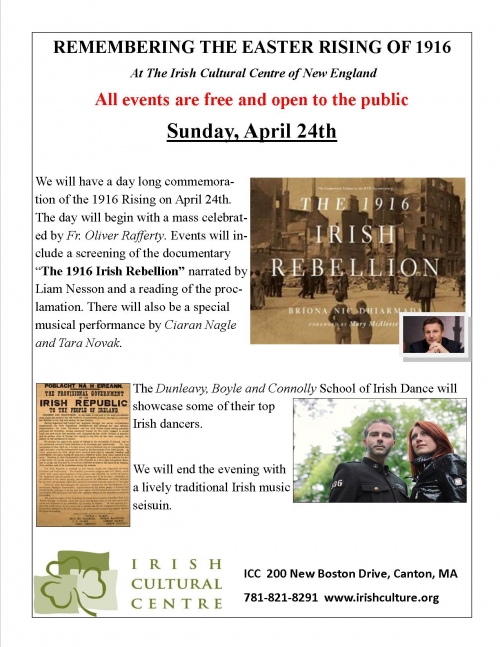 The meeting was held on April 12th, 2016 at Blasi’s Café (the Fat Belly Deli) in Adam’s Village, Dorchester, MA.

The Spring Dance will be held Saturday April 16th at the Irish Cultural Centre starting at 7:30pm.  Music provided by Noel Henry’s Irish Showband.  Tickets will be available at the door and are $15.  Coffee and tea will be available.  Donations for the raffle are gratefully appreciated.

There will a membership table at the spring dance for anyone who has not renewed their membership for 2016.

There are 5 copies of the Leitrim Guardian available for sale for $20 and we will have the copies at the dance.

The Irish Cultural Centre is sponsoring weekend to commemorate the 100th anniversary of the Easter Uprising of 1916 at the Irish Cultural Centre in Canton on April 23rd-24th beginning with a lecture and dinner detailed on the enclosed filer.  The Leitrim Society will be sponsoring the Mass on Sunday at 11am.  There will be events from 12pm thru the evening on Sunday.

The One Year Anniversary Mass for Cathal Mawn will be held Saturday, April 30th at 4pm at St. Mary’s Church in West Quincy.

Next month’s meeting will be Tuesday May 3rd at our new home, Blasi’s Café (the Fat Belly Deli) across the street from Gerards in Dorchester, at 8pm.